Abuse by the system: Survivors of trafficking in immigration detention

Sam is a Vietnamese 20-year-old who was brought to the UK under the promise of a ‘better life’ before being forced to work in a locked cannabis factory for two years. When he finally escaped, he was charged with cannabis production and imprisoned, then after serving his sentence he was put in an immigration detention centre. There his mental health suffered to the point that he was placed on suicide watch.

Eventually Sam was released from detention and referred to the Helen Bamber Foundation (HBF), a charity which supports survivors of trafficking, torture and other extreme human cruelty. The charity’s legal and counter-trafficking team worked to help him get formally recognised as a survivor of trafficking while their doctors diagnosed him with Post-Traumatic Stress Disorder, depression and several physical health problems, all of which had been worsened by his time in detention.

Every day, HBF sees cases where people who have been trafficked have not been identified and have been treated as criminals rather than victims. Detention is not only re-traumatising but also prevents survivors from receiving the support they need to recover from their experiences and from helping the police to catch and prosecute their traffickers.

A new report from HBF, and other NGOs Medical Justice, Anti Trafficking and Labour Exploitation Unit and Focus on Labour Exploitation, highlights the government’s failures to address this problem – and that it has deliberately put in place a system in which more trafficking victims will be locked up. The number held in immigration detention each year has tripled from 500 in 2017 to over 1600 last year. Even when identified as possible victims of trafficking, people are not being released and are detained while waiting for a final decision in their case, when the average time for making these decisions is a staggering 17 months.

The Home Office frequently claims that people ‘abuse’ the system by claiming to be trafficked to secure their release from detention. But over 90% of cases are confirmed to be victims of trafficking. There is no evidence of a process being abused – rather, people who have already been exploited and mistreated are experiencing further abuse by an immigration system that is not fit for purpose.

This report makes practical recommendations for improving that system and calls for an urgent comprehensive review of the process for detaining confirmed or possible victims of trafficking. Read the Executive Summary here or read the full report. For more on the impact of detention on health, read our research summary here. 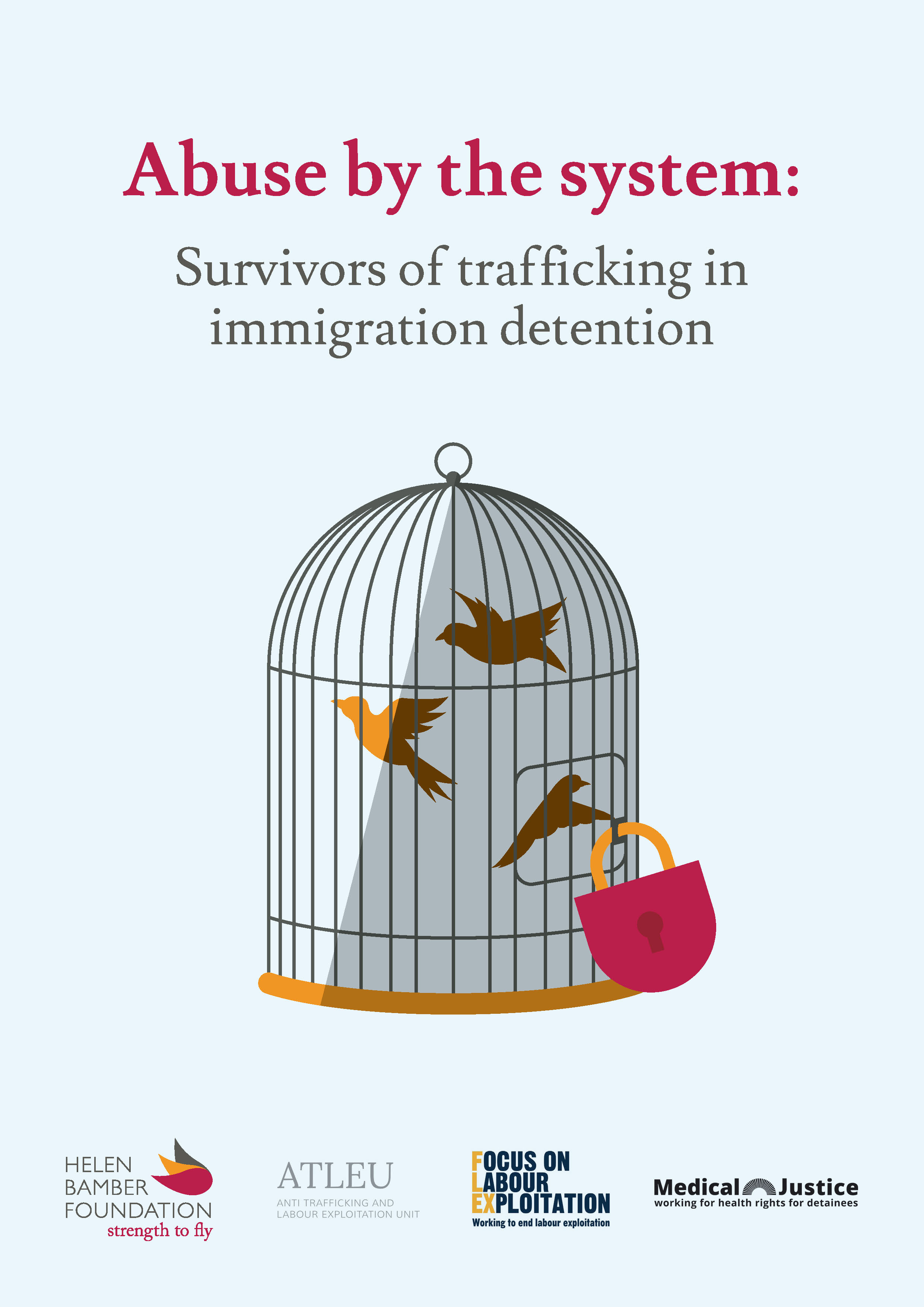 Institutional accommodation and the provision of remote legal advice

This briefing provides a short overview of existing research on the challenges and the experience of legal aid providers in providing advice to clients 'remotely' rather than face to face.

We have updated our Service User Complaint Policy which can

Response to the Bill of Rights Bill

The Bill of Rights Bill, or ‘Rights Removal Bill’, sought to scrap the HRA and replace people’s universal rights with those gifted by the government, whilst removing legal responsibility and accountability and introducing barriers to people actually having their rights upheld. This would affect us all, but would be particularly devastating for more marginalised groups, including survivors.